It takes a lot of volunteers to run this campaign.  Here is a look at some of our most dedicated activists. 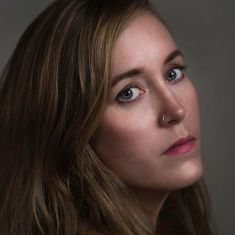 Humans of Basic Income was founded by Hamilton, Ontario-based photographer Jessie Golem.  She is a University of Waterloo alumnus and an accomplished photographer, writer and musician.

Despite working numerous jobs, often at once, Jessie has struggled with finding stable employment that provides her with a living wage.  When she found out she had been selected to receive basic income as part of Ontario’s Pilot Program, it was a huge relief.

If you Google her name, you will find that Jessie has a habit of going viral.  Just a few months before the BI program was cancelled by Rob Ford’s Conservative Government, she went viral on Reddit for her advocacy of the Basic Income program she was a part of.

When the pilot was cancelled, she decided to use that momentum and combine it with her skills as a photographer. 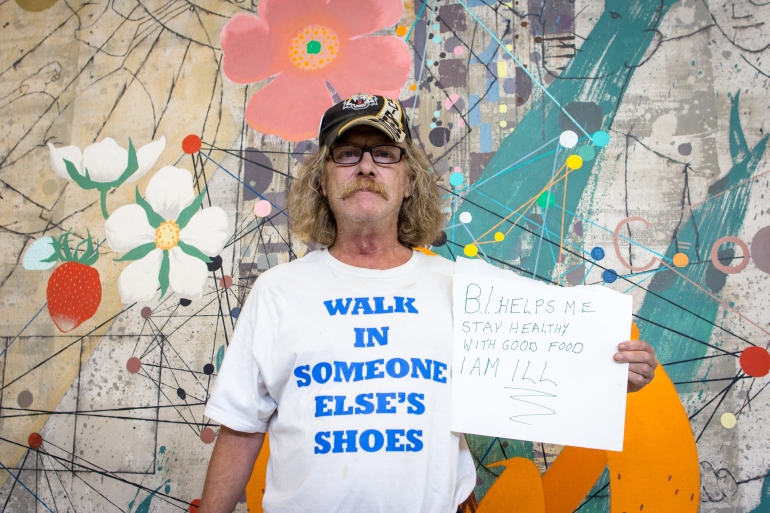 “BI helps me stay healthy with good food. I am ILL!”

She began taking the portraits of other basic income receivers at protests and reached out to her Facebook network to help her find more.  Her goal was to find 50 recipients to photograph holding signs depicting their own experiences with BI.

Once her personal network was almost tapped out, she reached out to a friend, fellow activist and social media marketing consultant Gloria Proctor-Bennett.  Together they chose the name “Humans of Basic Income” and launched Facebook and Twitter pages for the project.  The pages gained hundreds of followers immediately and continues to grow rapidly in popularity every day.

Since its inception, Humans of Basic Income has been featured in the Toronto Star, on CBC, in the Hamilton Spectator, as well as in many other publications and radio and TV interviews

Our goal is to reverse the Ontario Government’s decision to cancel the program by shaming them with the public outcry caused by the publication and spreading of the people featured in Humans of Basic Income.